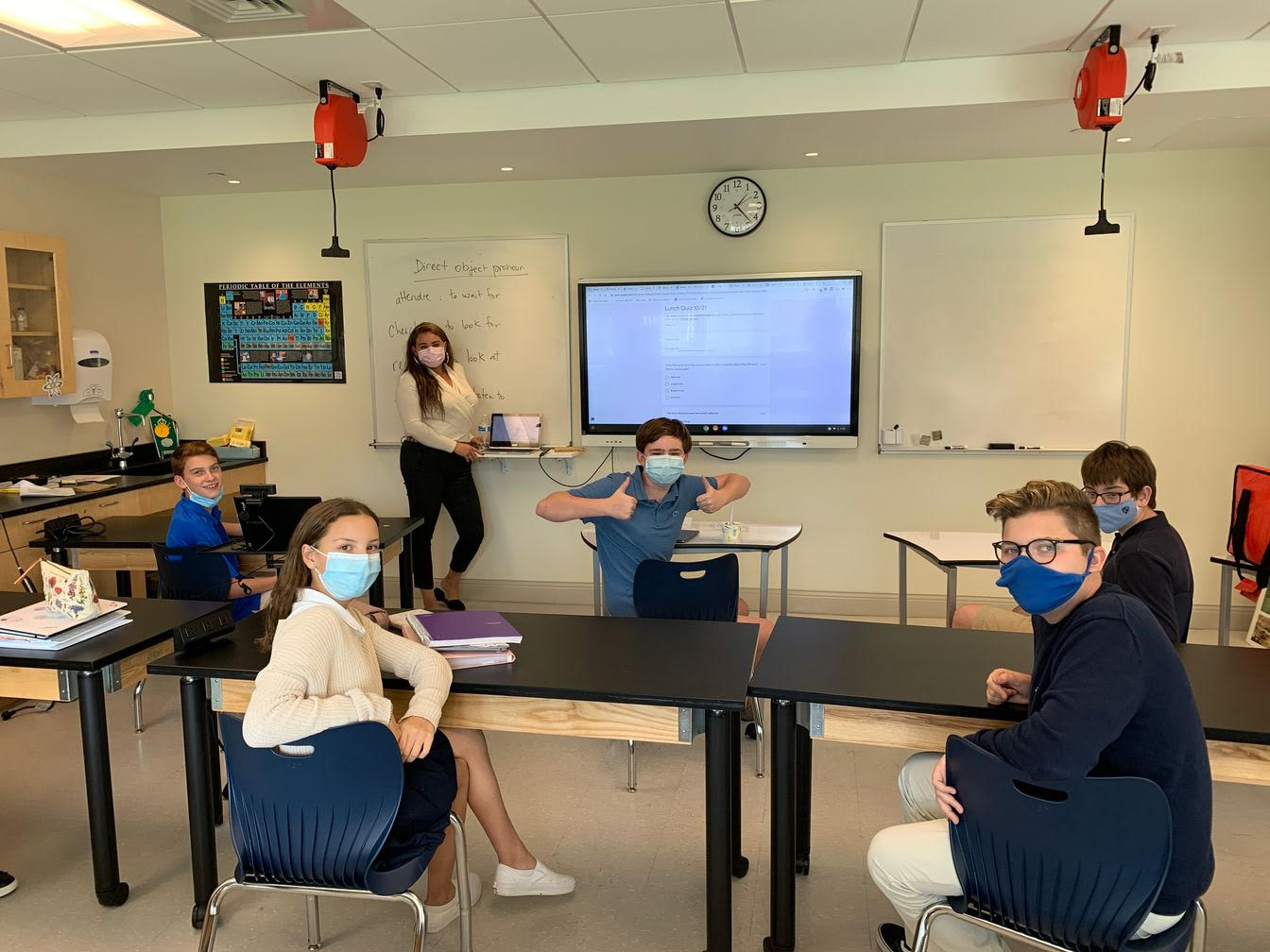 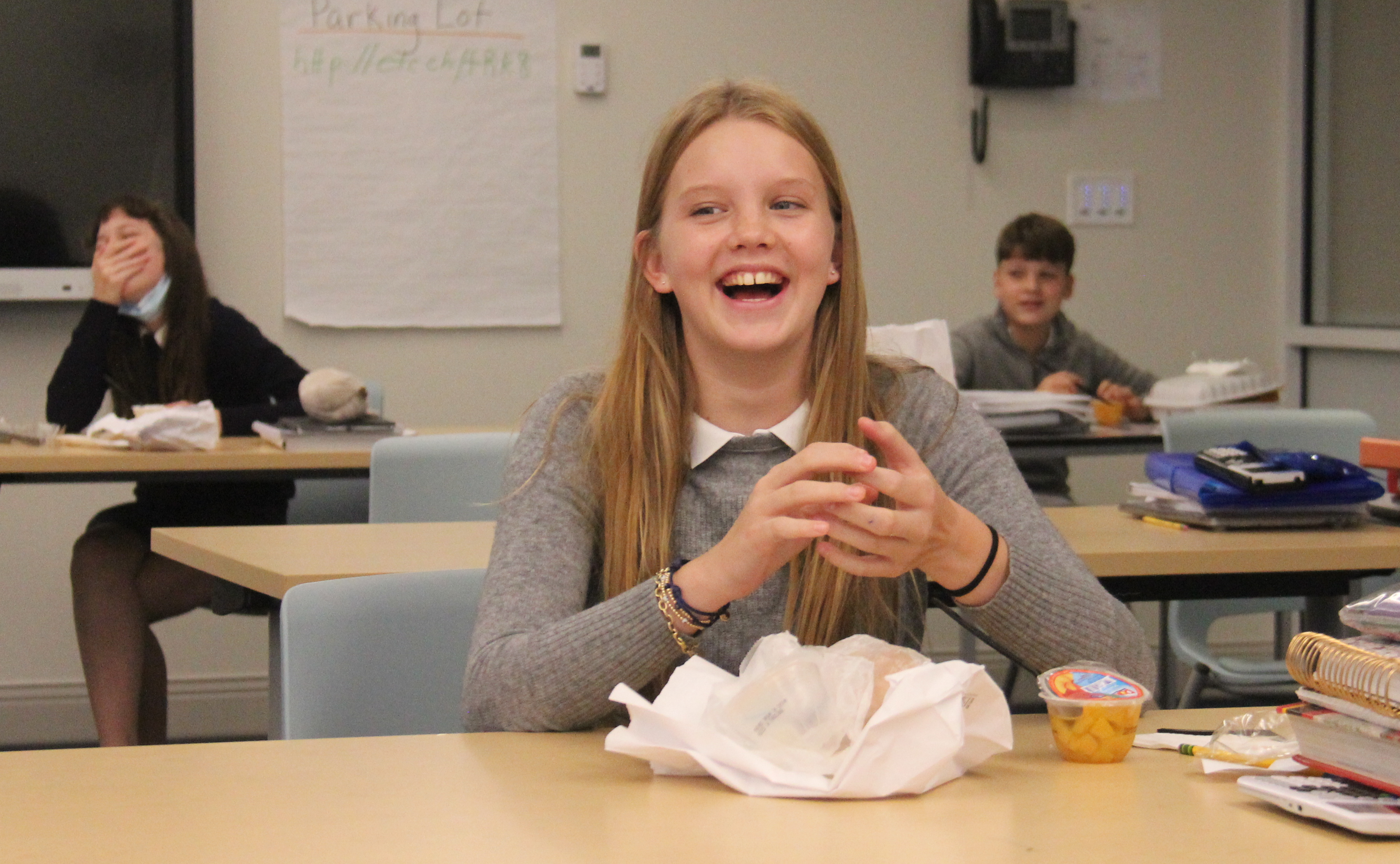 Pretty much everywhere, Wednesday at lunch time marks the middle of the week. In Upper School at Green Vale, it marks the weekly Lunch Quiz. In a fun tradition established ____ by now-retired math teacher Joe Quartararo ("Mr. Q"), each homeroom works over lunch as a team to answer a set of trivia questions. Moderated by Cathy Iannotta, Upper School Director, the competition features a different theme or topic each week. Recent themes have included women's history, cancer awareness, football, and general knowledge.

The groups compete fiercely in hopes of winning a dress-down day or an ice-cream party at the end of the semester.

"It's a lot of fun because you learn interesting facts about current events." - Ellie Myles

"I learned a lot about RBG such as the struggles she faced while attending Harvard." - Clarke Beard