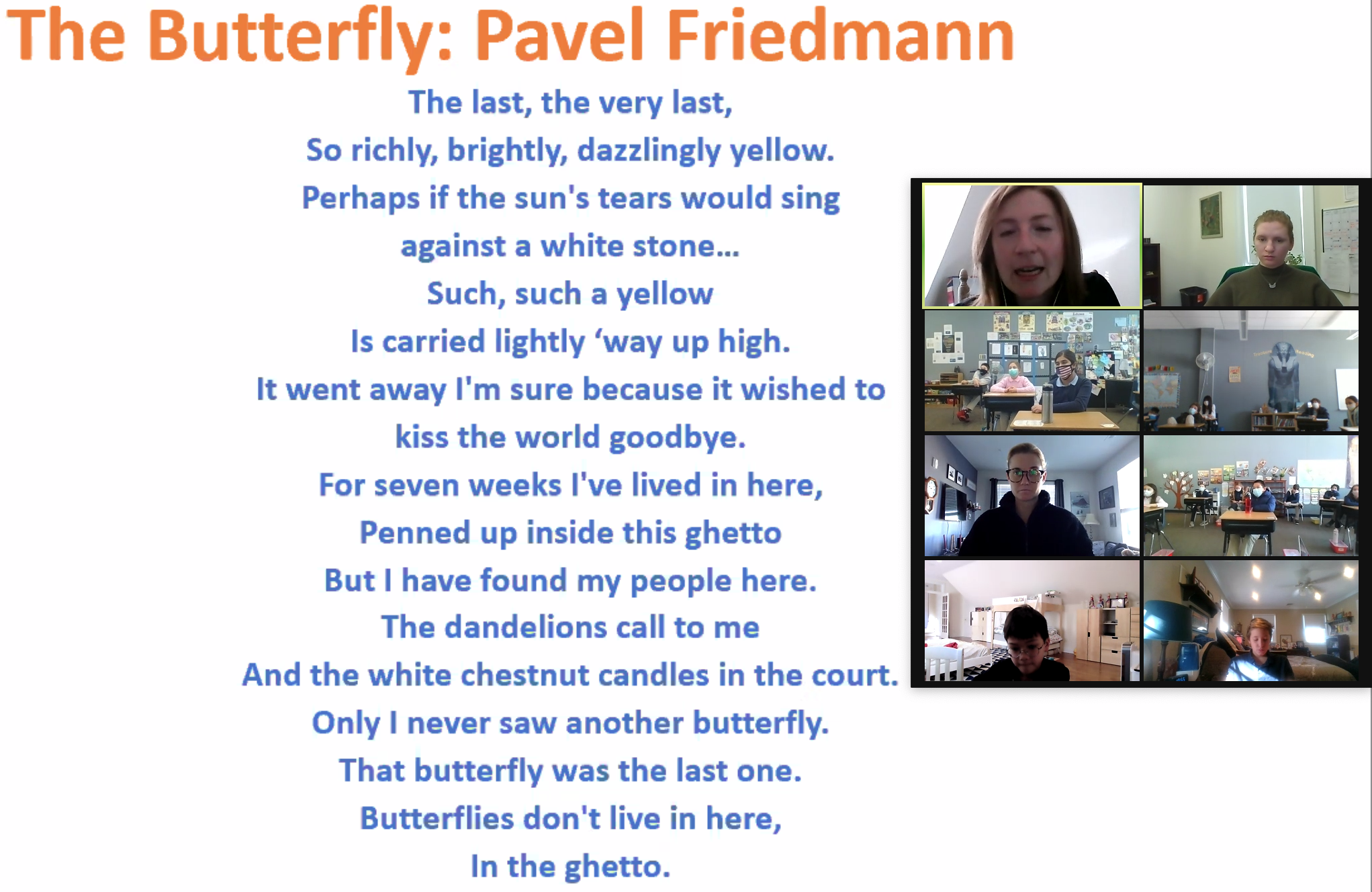 They began by reading and discussing Number the Stars, a historical fiction novel by Lois Lowry that explains the escape of a Jewish family from Denmark during WW II. On Holocaust Remembrance Day, students wore paper clips on their clothing as part of One Clip at a Time, an international remembrance effort through which children worldwide have amassed 30 million paper clips.

They also participated in The Butterfly Project, another international movement driven by school children. Inspired by a poem by Pavel Friedmann, a prisoner at Terezin Concentration Camp, students since 1996 have created butterflies containing personal reflections and representing one of the 1.5 million children killed during the Holocaust.

A virtual field trip to the Holocaust Memorial and Tolerance Center of Nassau County offered additional lessons about anti-semitism and the causes of the war. Helen Turner, Director of Education, concluded her moving presentation saying, "...and their whole life was disrupted because of an idea, that they were 'less than'. So we remember their stories. We learn the lessons from the Holocaust: to stand up, and to speak out against intolerance and injustice of any kind."

Finally, students heard first-hand testimony from a Holocaust survivor, Werner Reich. He described the affliction and torture he and others faced at Auschwitz and other camps and prisons. He spoke about the separation from his parents. He showed students the tattoo on his arm that once marked his imprisonment, and now serves as a reminder of his freedom.

Students shared their learning with other grades during Lower School assembly. 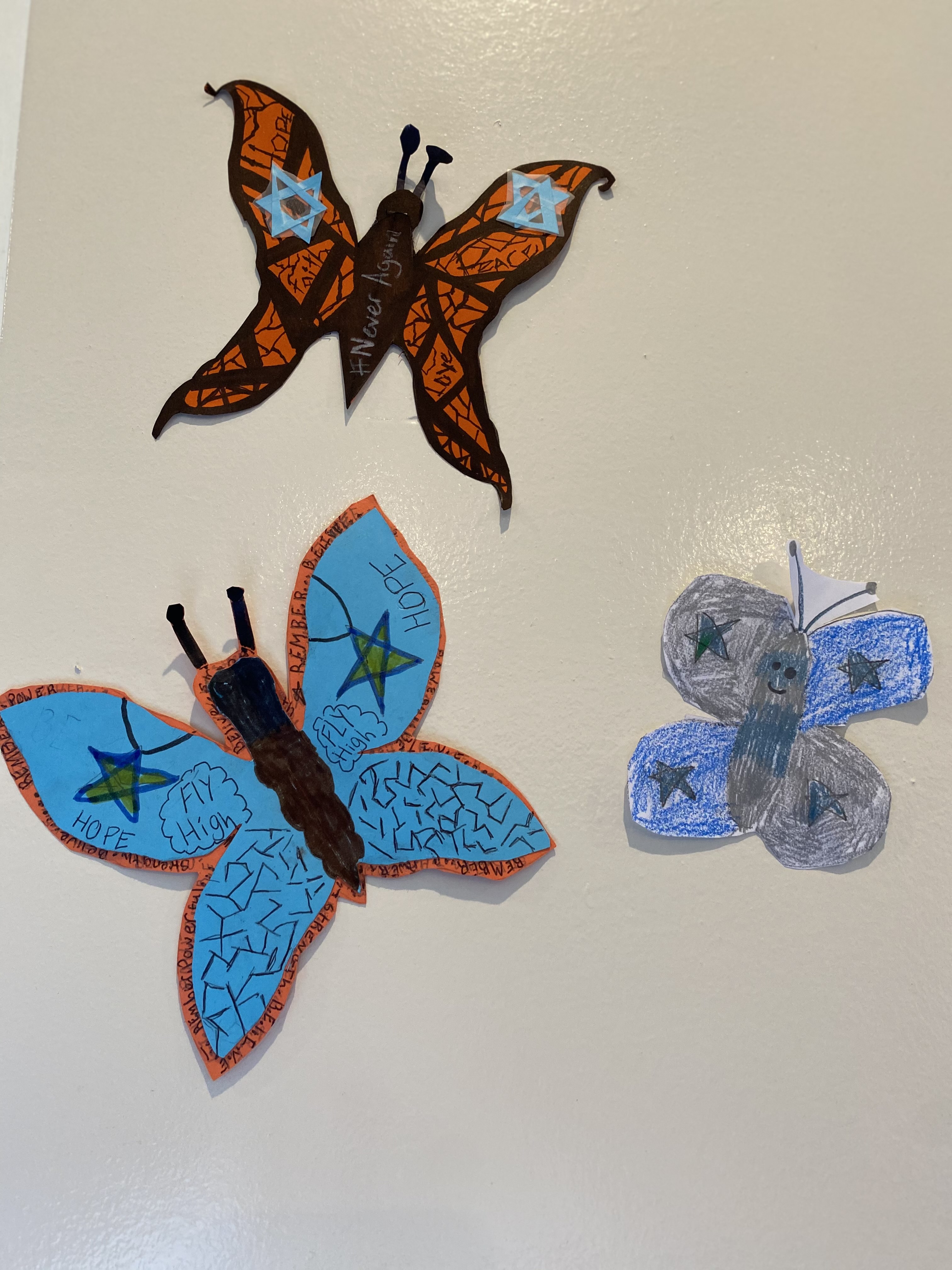 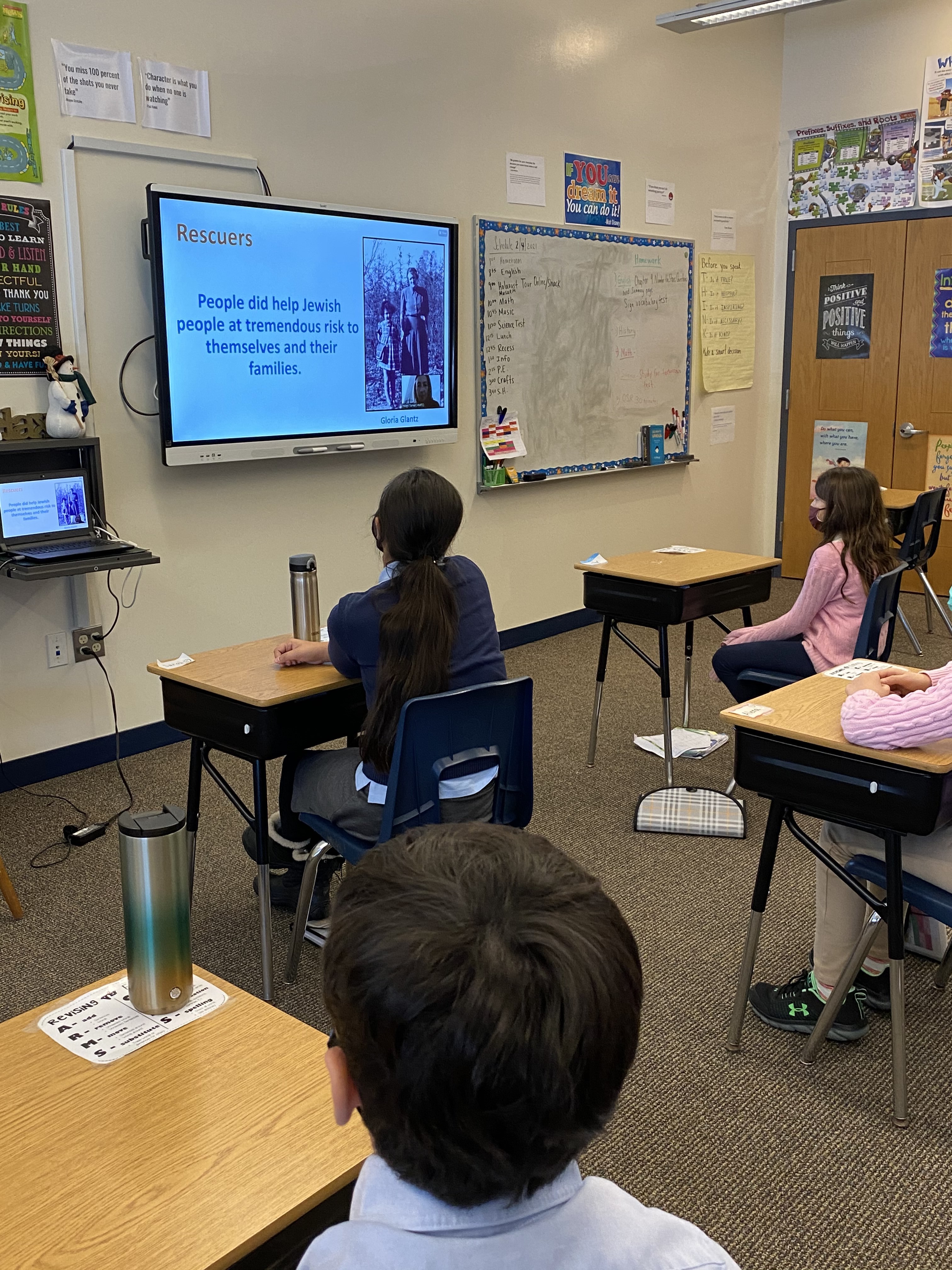