Pre-kindergarteners appear small and fragile, but they are equipped for dramatic changes and an exciting life’s journey…much like the caterpillars that become monarch butterflies. Early in the fall, a box of live caterpillars arrived in Joanne Pappas’ classroom. The students were prepared to undertake the important mission of helping restore the monarch butterfly population. By the time the butterflies hatched and were released, this Pre-K class understood how 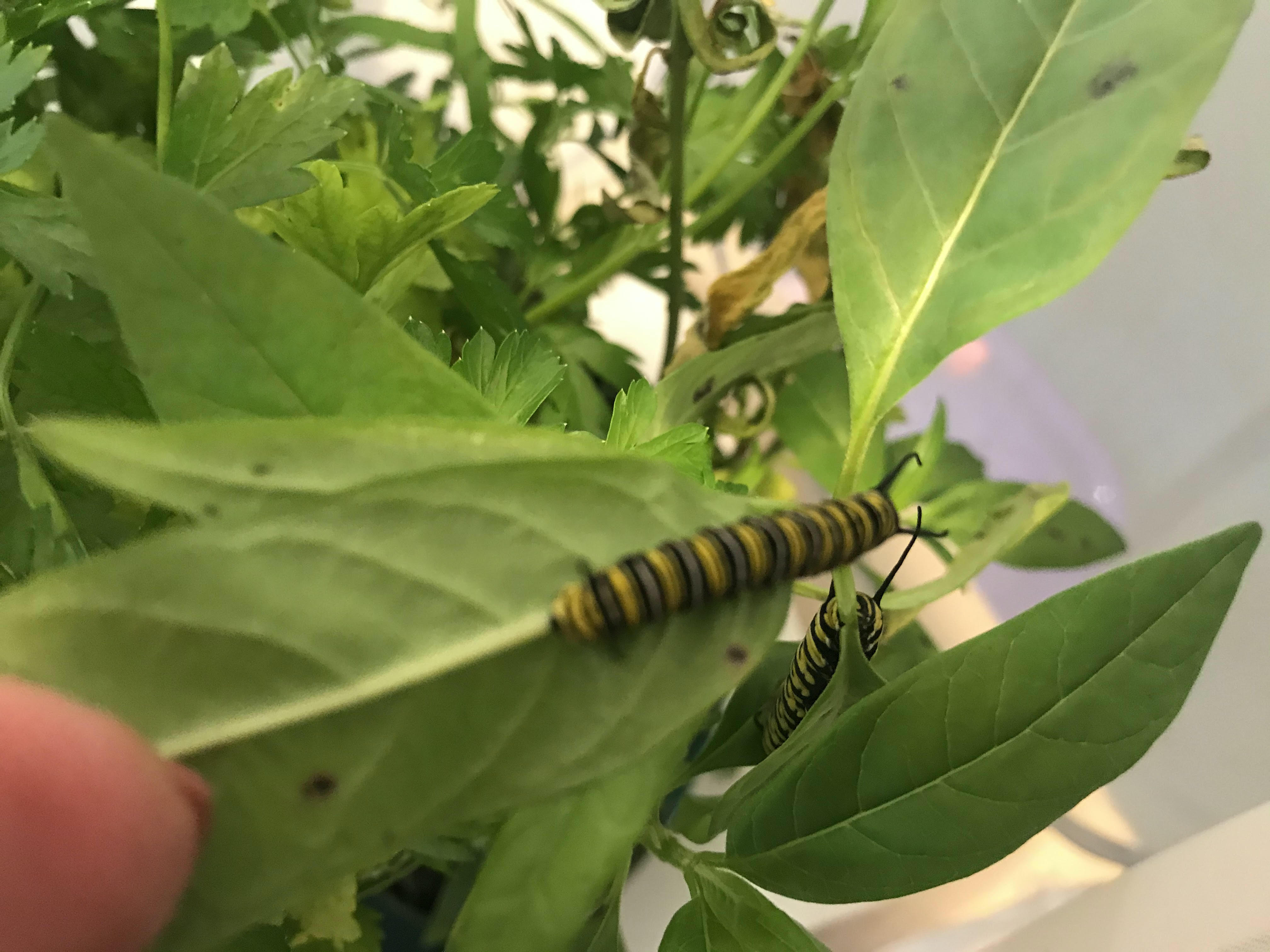 their small act will have a remote and important impact.

Following is Mrs. Pappas' colorful description of what happened, right before the students' eyes, and how it led to broader lessons about geography, ecology, life and death, and the interconnectedness of our planet:

From the beginning we began to chart the growth of the caterpillars and waited for the day that the first would spin its chrysalis.  It happened on the twelfth day. The children were so excited to see the beautiful turquoise chrysalis with the gold ring around the middle hanging from the top of the butterfly house.  In one of the photos you can see Foster Lee pointing to the chrysalis.  By the following day all the chrysalises were formed.  Before the chrysalises formation began the class learned that the caterpillar will climb to the top of the butterfly house, stick itself to the top, hang in the letter "J" and spin its chrysalis when it is the right moment. They learned that the caterpillar will do a dance as it spins 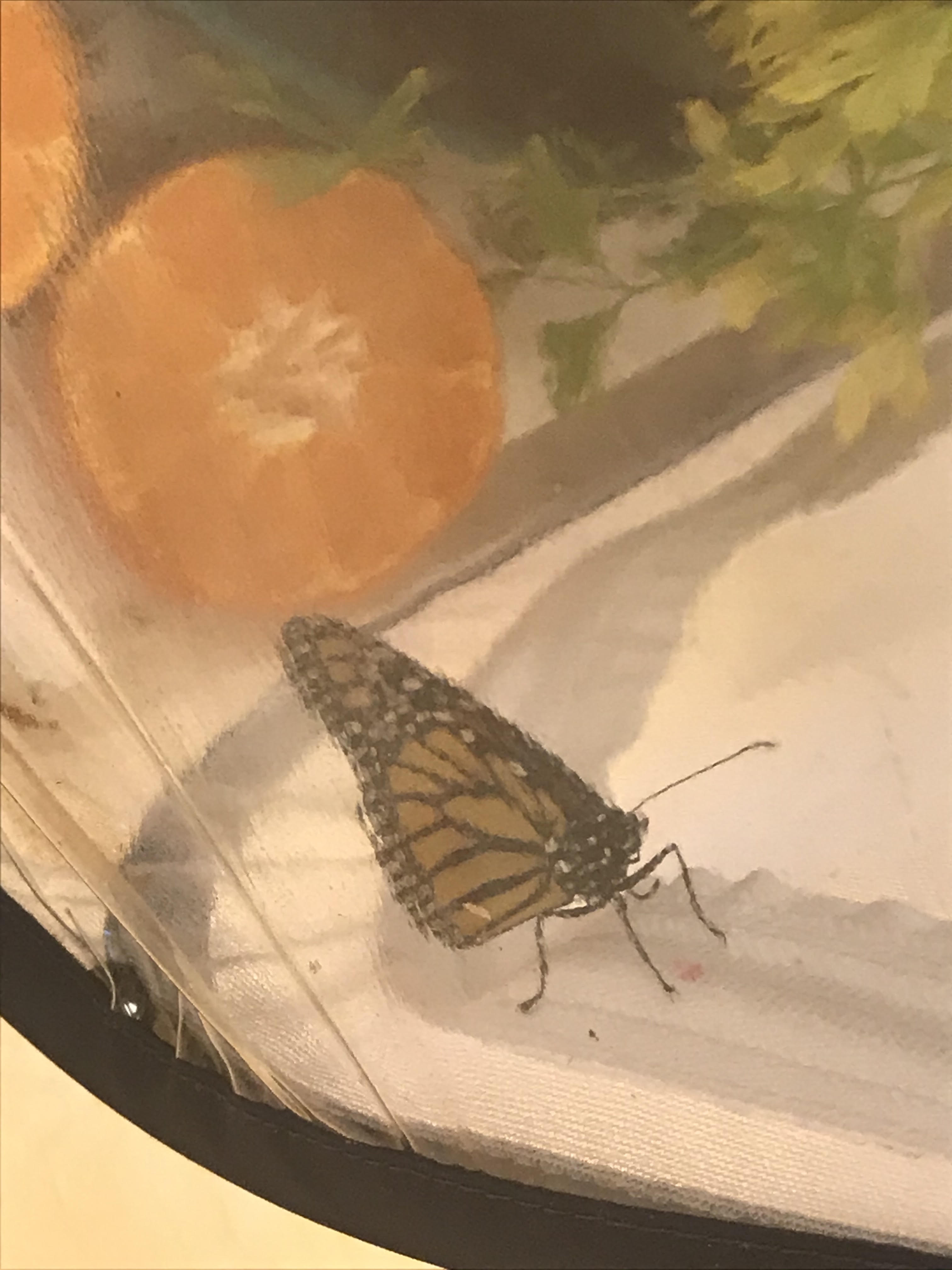 from the bottom to the top and when it gets to the top it may discard part of its body that it no longer needs.  They were told not to worry that this does not hurt the caterpillar.  Well, we were the luckiest when one of our more active and inquisitive pre-kers called us all to the house.  We actually got to see the last caterpillar spin its chrysalis.  It did its dance and when the chrysalis reached the top it cut off the very top that it did not need. That piece flew across the butterfly house. The children screamed with excitement and then began to search to see if they could find the part.  We did...it was lying on a Milkweed leaf. We took it out and put it under a magnifying glass for all to observe. It was a big hit!

On the twenty-sixth day after the arrival of the caterpillars they hatched...except for one. 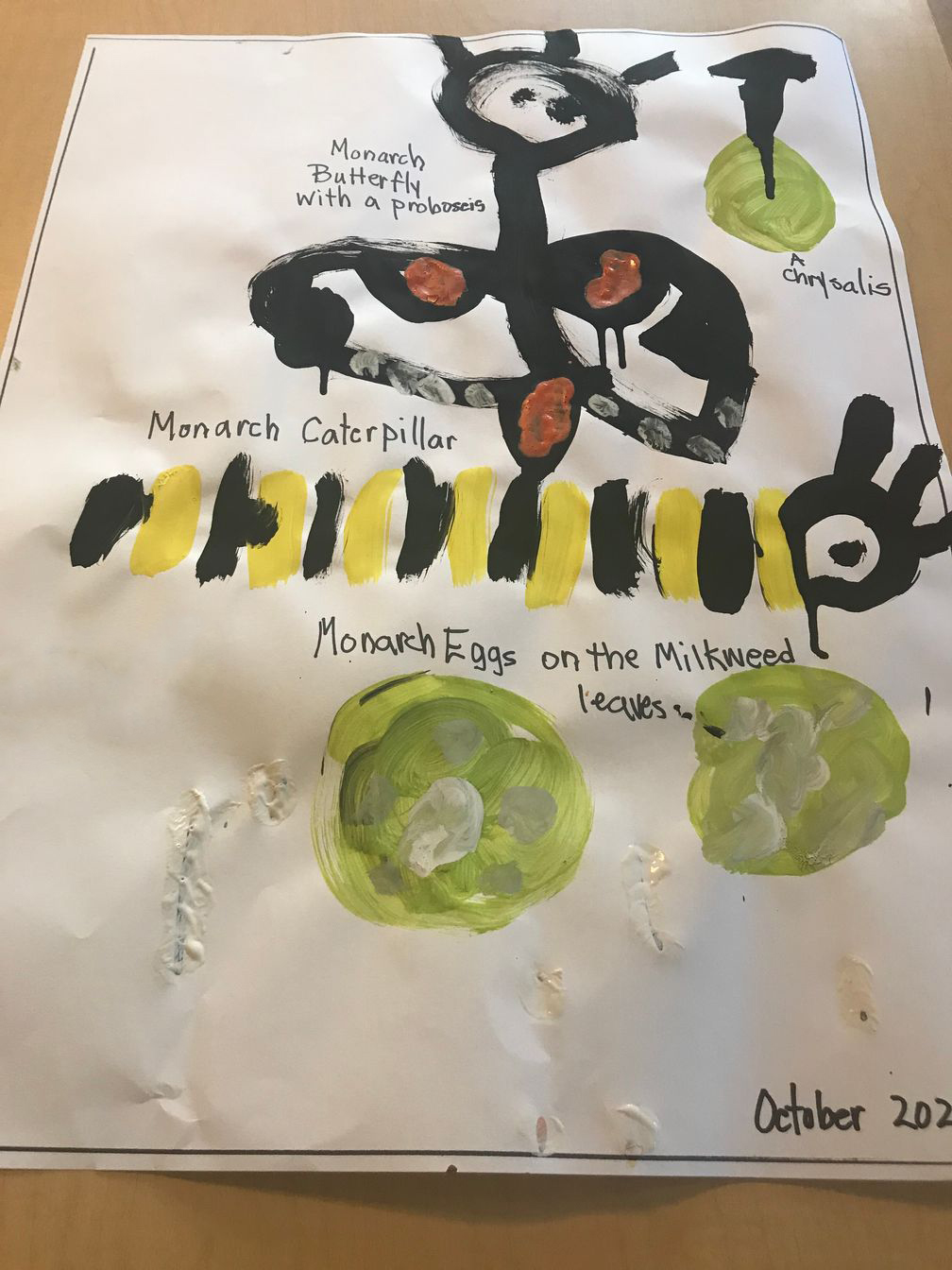 As we waited the class learned that the butterfly lays an egg on a Milkweed leaf so when the caterpillar pops out of the egg it has its food right there.  Do you know why Monarchs eat so much milkweed?  The Milkweed makes their skin poisonous to their predators.  Well, that is to almost all predators.  The red ant, praying mantis, Oriole bird and the spider are not affected by the poisonous skin.  We learned about the other "predators;" rain, snow, ice and thunder/lightning.  The class has also learned that the Monarch is born with "a map in their brain."  They know where they will fly to before the cold weather arrives.  Each year Monarchs fly from Canada and the north western part of the United States and meet the Monarchs from the East coast in Texas.  From there they all fly together until they reach Oyamel, Mexico.  When they fly over Texas the skies become dark and the people living near Houston wait each year to see this phenomenon.  The skies are filled with thousands of Monarchs flying toward their home in Mexico.  When they arrive in Oyamel there is a celebration to mark their arrival. 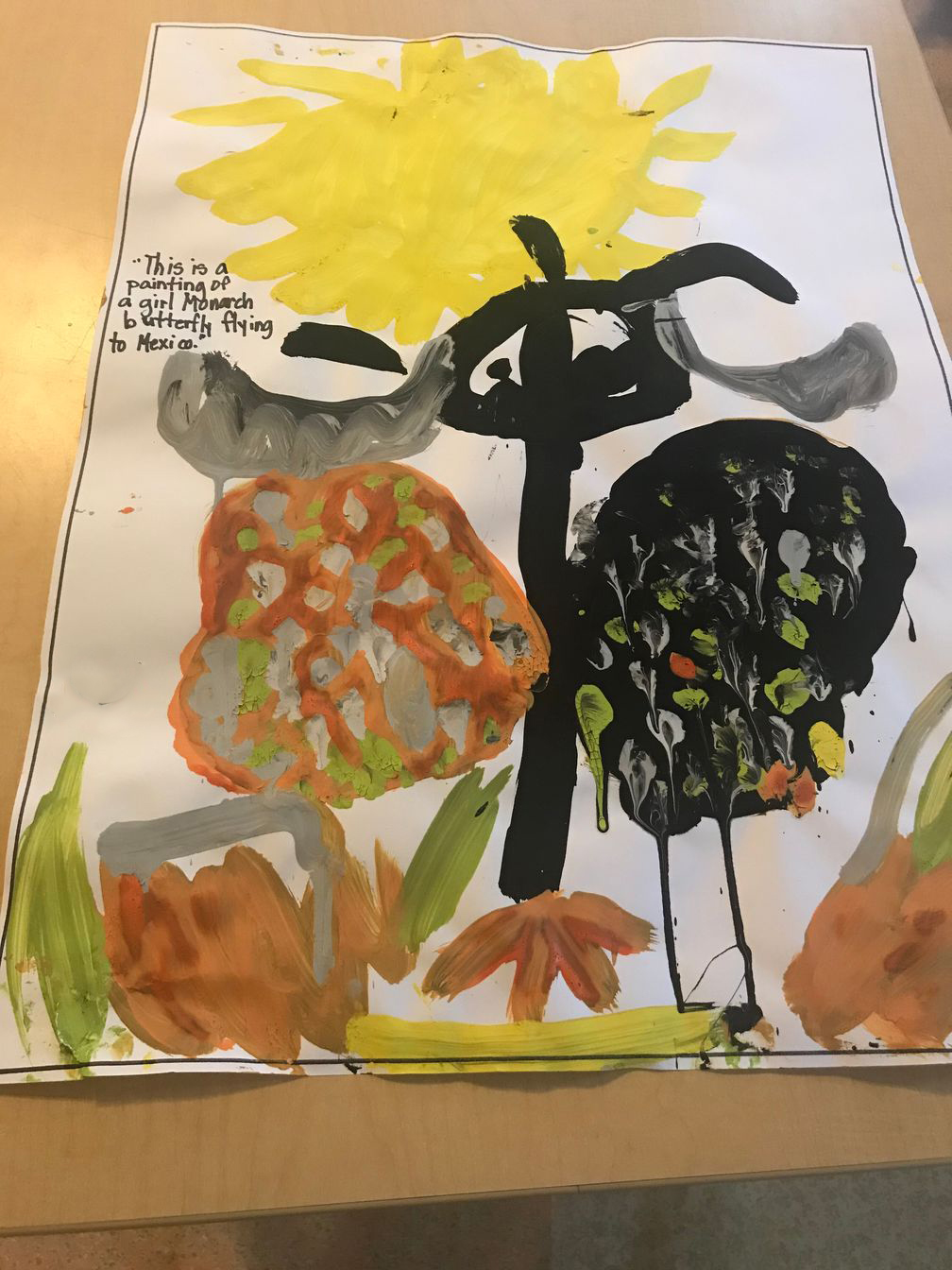 One of the greatest facts we learned is that the female Monarch leads the flight.  You can tell that it is a boy Monarch by the two black dots on its upper wings.  We do not have any male butterflies. It is hard to actually physically exhibit what 50 miles is to pre-k students. This was done by illustrating how far from Green Vale they would have to go to reach 50 miles. That is about how far the Monarchs travel per day.  When resting they land on trees and close their wings.

We are planning on releasing the Monarchs tomorrow; however, if it is raining we will have to wait for Monday. Once released we will mark their flight on our classroom map and celebrate when they arrive in Oyamel, Mexico.  The class knows that because the Monarchs are born with the map of where they are to go in their brain, that they will be back in the spring.  The class also learned that our Monarchs, once they arrive in Oyamel, will begin the next cycle.  They will lay their eggs, then die, and then the next will pass through the same cycle until it is done approximately eight times and then that butterfly will be with us in the spring.

We will let you know when our Monarchs arrive in Mexico!"