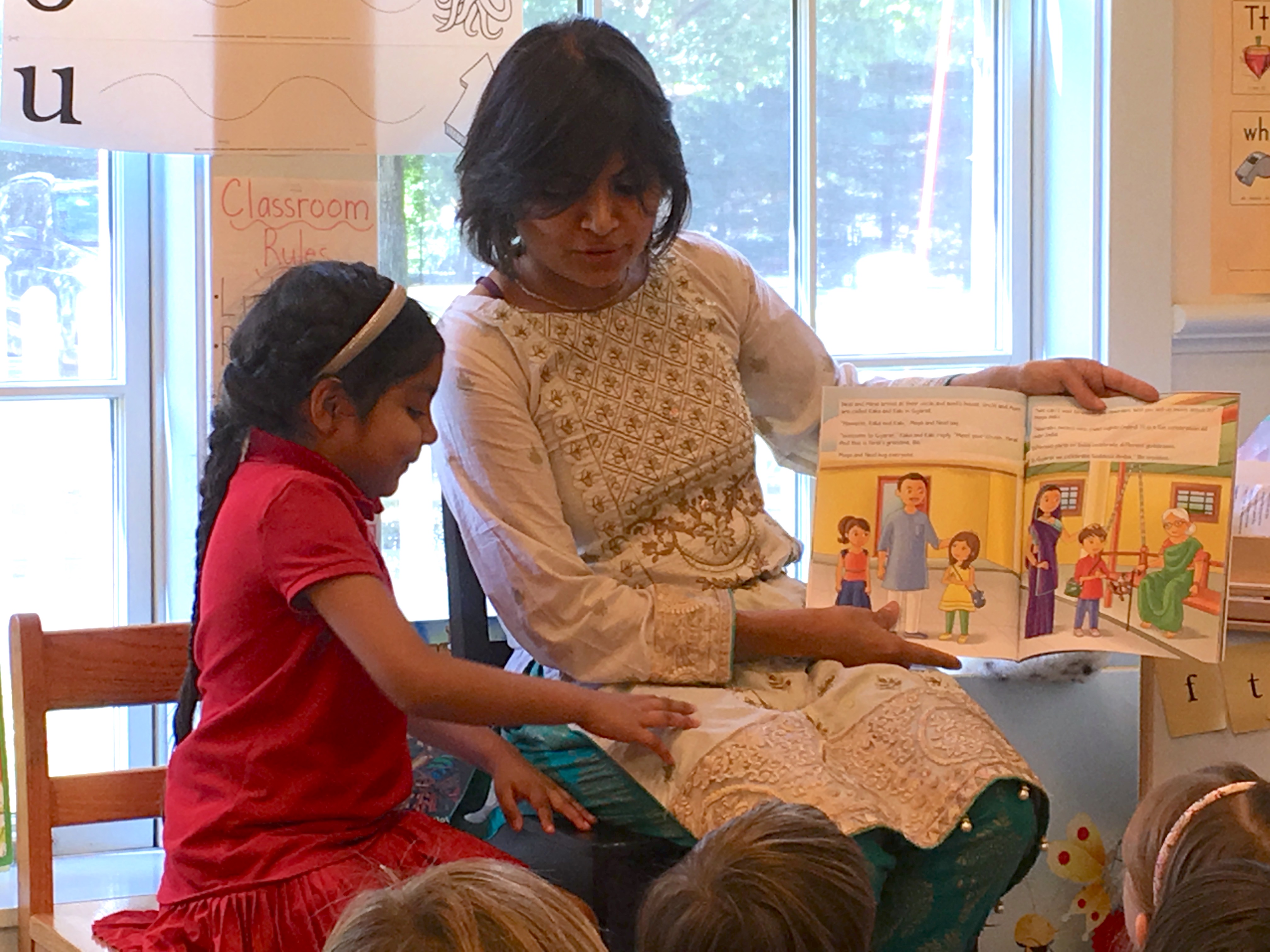 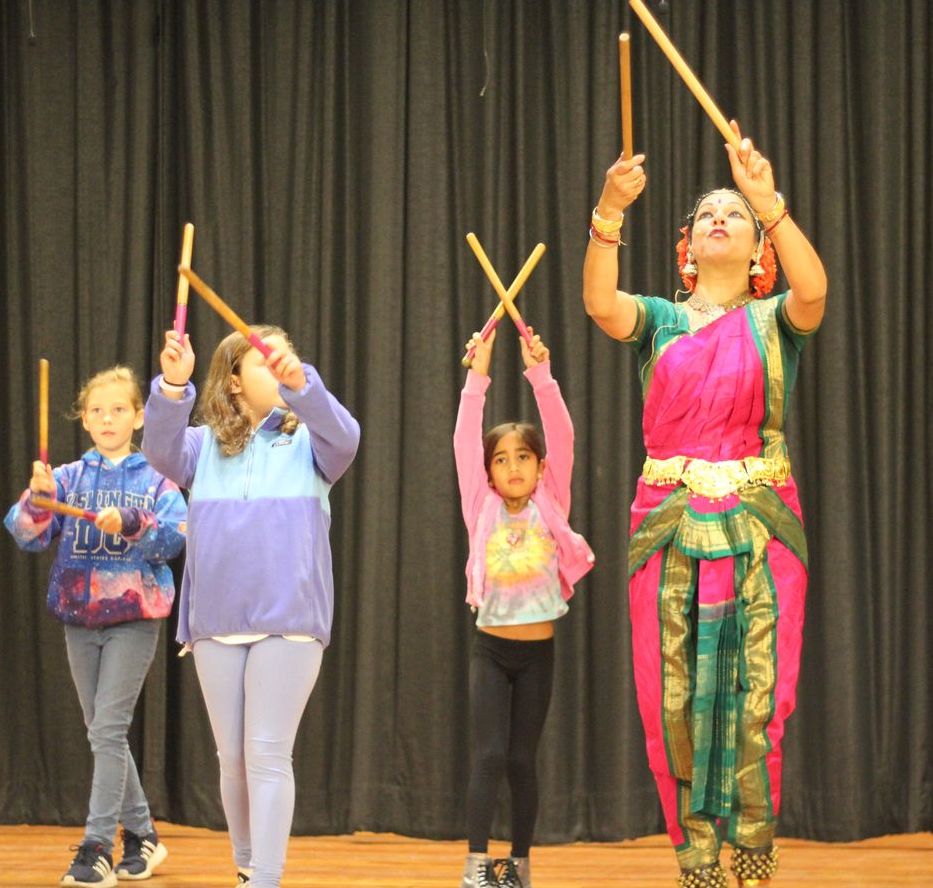 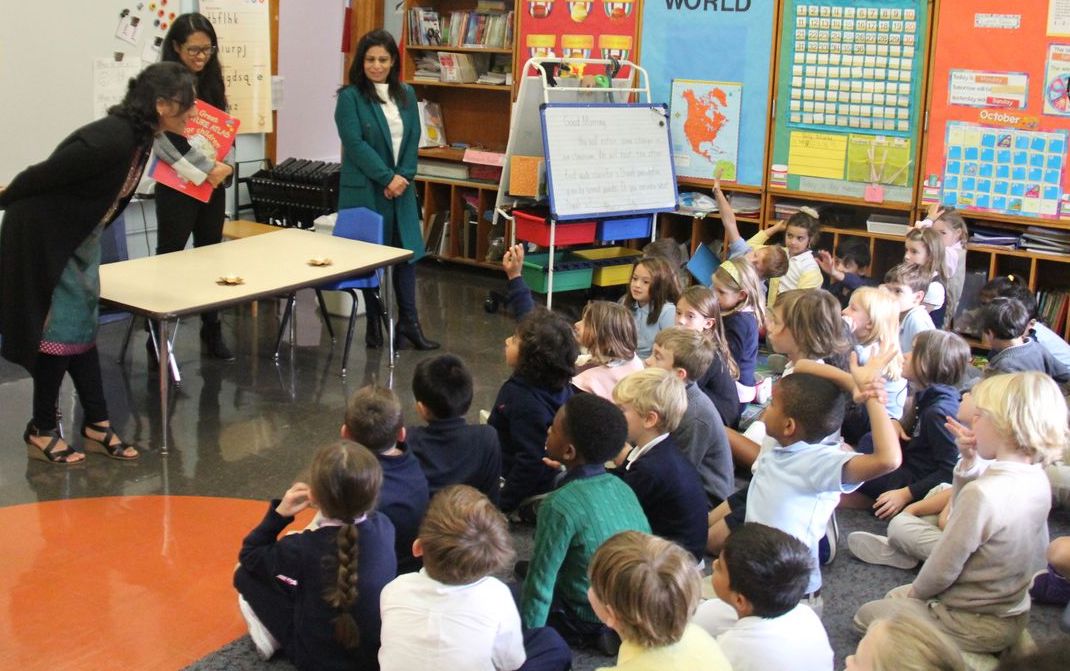 Around Diwali, the Hindu festival of lights celebrated throughout the Indian subcontinent, Green Vale had various ways of observing and learning about the holiday which symbolizes victory of light over darkness, knowledge over ignorance, and good over evil.

Lower School assembly featured the artistic director of the Sadhanalaya School of Dance based in Queens. A widely acclaimed performer, choreographer and teacher who has performed extensively in and outside of United States, Sadhana Parangi performed a classical indian style of dance called Bharatanatyam. Students were then invited onstage to learn the basics of a traditional folk dance called Dandiya Raas. The presenter lit a diya, an oil lamp often used in Indian festivals.

Teachers and parents who celebrate Diwali visited classrooms to discuss the holiday and how it is observed in their own households, in India and other South Asian nations. Some read stories, some brought food, and one brought diyas for each child.

In art classes, students created rangolis. Rangoli is an art form prevalent during Diwali in which patterns are created on the floor or the ground using materials such as colored rice, dry flour, colored sand or flower petals. Designs are passed from one generation to the next, keeping both the art form and the tradition alive.